Eneco is a leading player in the renewable energy sector and a medium size utility company active in the production and the delivery of energy from renewable production sources such as solar4, wind and biomass. Eneco is active in Belgium since 2003. The group has three businesses in Belgium: the supply organisation supplying more than 35.000 companies and 1.000.000 private customers with green electricity and gas, the solar division, the leading solar power operator in the Belgian market and Eneco Wind Belgium a major player in the wind sector in Belgium, with offices in Wavre and Mechelen. Eneco Wind Belgium has around 100 wind turbines onshore in service and is involved in one of the largest offshore wind power plants in the Belgian territorial waters.
As part of the Dutch group Eneco, Eneco Wind Belgium SA develops, builds and operates wind farms in Belgium, in Flanders and in Wallonia. To date, Eneco Wind Belgium operates 100 wind turbines and is expanding rapidly its portfolio of assets.

In order to sustain our rapid expansion, we are recruiting a Document Management & Paralegal Support. 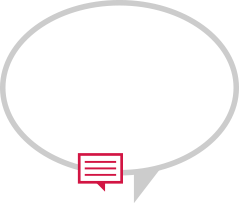